I recently had two pieces included in two issues of Curated Quilts... 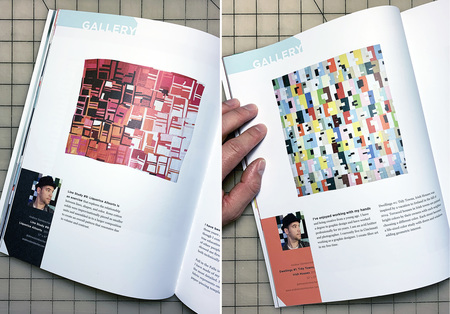 Thank you for including me!

I’ve been home from the Crow barn for three weeks. Because I went straight in to finishing up work for my solo show I am just now reflecting on my time at the barn.

This was my third time at the barn. My first two classes were exhausting. This time I promised myself I wouldn’t be so intense and would try to enjoy it a bit more. It helped that this time the barn closed firmly at 9pm and we were forced to stop working and leave. In the past, some nights, I had worked until 11pm.

If you begin Nancy’s classes at the beginning you go through with a group of students. Every time you go back to the barn it’s like seeing your summer camp friends. However, this time, I was out of my rotation and only knew 4 others. I was nervous about this heading in. But, I made a bunch more friends and now feel more part of the barn crew. 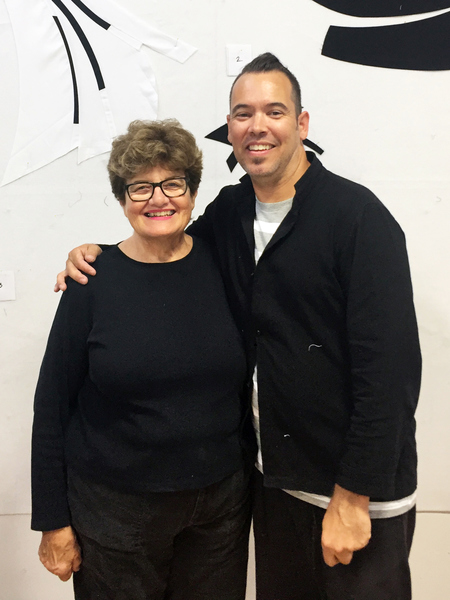 The class I took this time was more technical, focusing on lines, curves and circles. I did learn some (new to me) technical sewing skills, like setting in a circle. However mostly it felt like two weeks of art retreat style sewing.

I won’t go through each design exercise here because there were many. This time at the barn I made the most I had ever made and still didn’t complete every exercise. And I was ok with that. 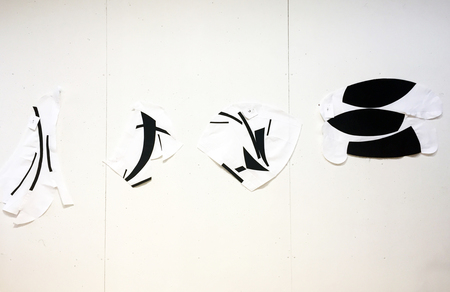 The first week started with black and white design exercises using line. We then moved to creating color exercises exploring curves and circles. These were then assembled in to a “sampler”. I am not sure I like my sampler, but I did learn some technical skills which I will use at home. 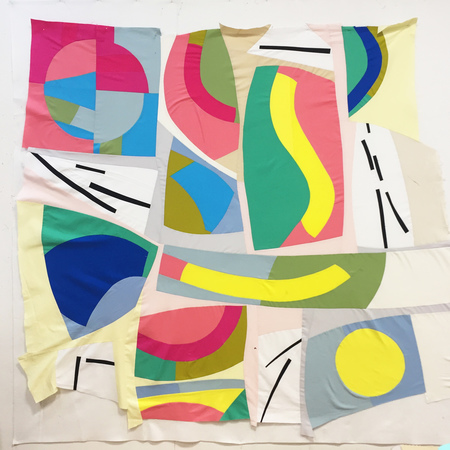 At the end of the first week we made bullseye quilts. I fell back on my old standby… chaotic lines… which I regret a bit since I took the easy way. I think with this assignment the achievement for me was the color palette… which has been an issue with me. 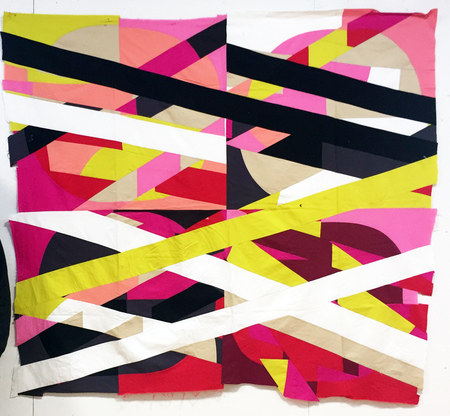 The second week began with more black and white studies (I used probably 7-8 yards of both black and white kona cotton!) We then moved to a more complex exercise with eight panels using flat and glowing colors. I didn’t finish this assignment. But I did try something new and that was working with shapes. 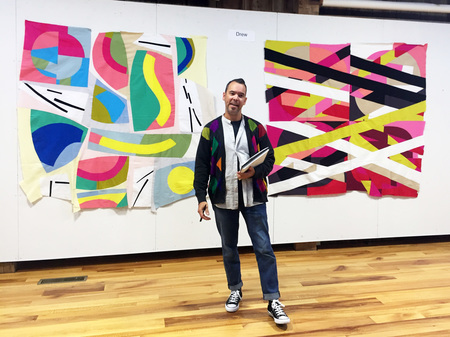 At the final critique we were to answer 5 questions. One of the questions was “what sacrifices are/have you made to support your development [as an artist]?” I don’t have anyone depending on me financially, I don’t have a crazy busy day job, and I don’t have a bunch of drama in my life. Really the only sacrifice I make is financial. Attending a class at the Crow barn is not cheap. I will be direct and say I can’t afford it, but I make the sacrifice because I want my art to progress and this has helped more than anything else I have tried.

I am happy to announce that my piece, "Crossraods #8: Warp Speed" was selected for Quilt Visions at the Visions Art Museum in San Diego. 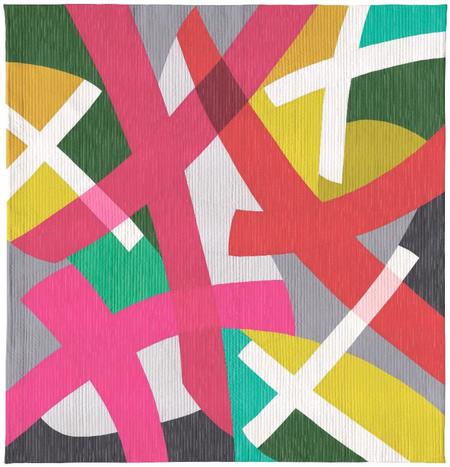 The show opened on 20 October and runs through 6 January.

Check out the show if you will be in the San Diego area.

The Crow barn is not for the faint of heart. However, both times I have gone to the Crow barn I have had huge breakthrough moments. The most recent trip was no exception. I had some huge ups and downs through the two weeks - one of which almost made me leave the barn so I could get a time out - which culminated in learning more about myself personally as well as my art practice.

The barn and classes are designed to push you... This isn’t a local quilt guild workshop where the instructor teaches his or her specific technique then tells everyone the work is fabulous. We’re at the barn to learn, be pushed beyond our first attempt, and grow as artists, which sometimes is uncomfortable. 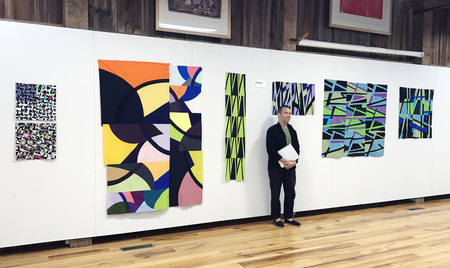 Another major benefit of taking classes at the Crow Barn is who you meet while you are there. Some of the students I’ve met have been multiple Quilt National selectees and are well-known names in the quilt world. However, everyone is friendly and who is who doesn’t really matter as everyone is treated equally. 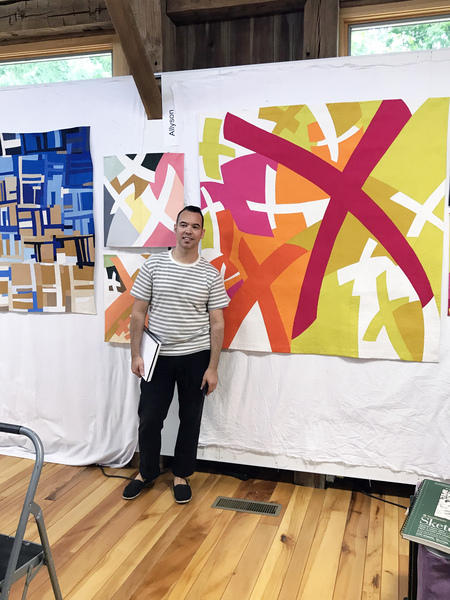 Both times I have been at the barn I have been the youngest (I’m in my mid-40s.) I wish that were different, but I can understand how taking two weeks off isn’t an option most non-retired people have.

I can barely make it work financially nor give up four weeks a year to study at the barn. However, I am willing to put in the time, stretch my tight budget, and commit to taking classes at the Crown Barn since I see it as an equivalent of getting an MFA... which I had been seriously considering. In the long run the Crow Barn option is much less expensive and less time commitment.

It has been five full weeks since I returned from the Crow barn and ten weeks until I return again. I’m excited to learn more as I’m scheduled for the next three ( ! ) sessions. I’m looking forward to learning more, spending time with friends, and meeting new people. Until the next time!